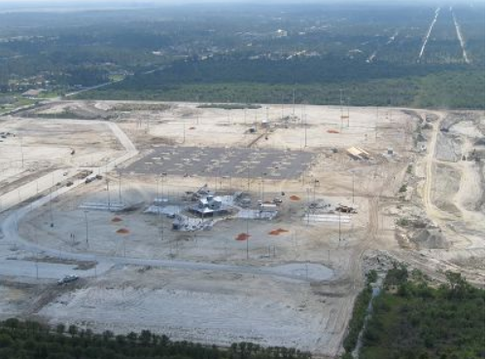 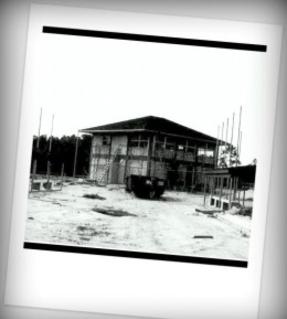 The Acreage Athletic League (AAL) is an all-volunteer, non-profit youth sports organization located in unincorporated Palm Beach County in a community known as The Acreage.  The AAL is the sports provider under Palm Beach County.

AAL sports fall under the leadership of the Executive Board of Directors (EXBOD). In the beginning, COED flag was the first sport to play under the AAL along with cheerleading. Games and practices were played at Acreage Pines Elementary School and Hoefl Park until 1997 when Community Park opened. Tackle1 began blitzing around 1995 and played games at some of the Wellington fields. Several other sports followed such as baseball and softball. Baseball started their season at Community Park in spring 1998 and softball followed in the fall. Girls’ flag began their own sport to allow girls to play and show their talents in 2000. In 2006, Soccer2 charged into the AAL asking if they could join. Baseball and Soccer both kicked off their 2007 spring seasons at Samuel Friedland County Pines Park (SFP), commonly known to Acreage residents as Hamlin Park. Softball began using the only softball field at SFP in fall 2007. Wrestling tapped-in to the AAL in February 2014. Wrestling practices at Seminole Ridge High School. The newest sport to maul their way into the AAL is Rugby.

After the league began, it was within several years, each sport became represented by their own board of directors.

The Executive Board of Directors (EXBOD)

Regular meetings of the Board of Directors are held on the first non-legal holiday Tuesday of every month from 7:30 pm to 10:00 pm.

Currently, the EXBOD consists of seven seats. Officers shall be elected on the first non-legal holiday Tuesday in July. However, if there is but one nominee for any office, it shall be if order to move that the Secretary cast the elective ballot of the corporation for the nominees. The Board Members shall elect officer positions of the corporation (President, Vice President/Assistant Treasurer, Secretary, Treasurer, Sgt. of Arms/Safety Director, Director of Equipment, Dir. of Communications/Marketing,) on the second non-legal holiday Tuesday of July. The Board shall consist of seven members at large representing seven individual seats on the Board – 1, 2, 3,4,5,6, and 7. Seats 1,2,3,4 shall be elected during odd numbered years and Seats 5, 6, and 7 shall be elected during even numbered years. A vacancy occurring on any board or committee office shall be filled for the unexpired term by a person elected by a majority vote of the remaining members of the executive board. In case a vacancy occurs in the office of President, the Vice-President shall serve notice of the election.

Below is a list of past and present Executive Board of Directors in no particular order. If you do not see your name, the AAL is proud of all of their volunteers, and we thank you.

Individual Sports Board of Directors (BOD or sport)

The President of each sport board shall serve for a two-year term.  The President appoints a sport board contingent upon approval from EXBOD.  All Sports are required to keep all records for a minimum of 3 years.  All sports will be required to attend the monthly meetings.  Any sport that misses three consecutive meetings will be considered as an abandonment of the sport.  All sports boards are required to obtain a set of sport related Bylaws prior to the season beginning, turn in game schedules and practice schedules.  They are required to turn in financial records monthly along with their meeting minutes.  Each Sport must have a representative from their board during games.  Each sport board must follow the rules and regulations set forth by the AAL by-laws and Articles of Incorporation.  All sport board members must be in good standings.